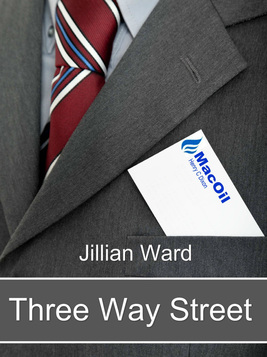 A jaded housewife, her uptight husband and a businessman desperate to maintain ties with his children...three lives without direction, until one of them makes an accidental discovery.

Bored to distraction with her lacklustre life, and in dire need of any stimulation to enliven it, when happenstance presented Louise Blackmore with an opportunity for a little harmless mischief, she took it. All she had to do was pick up the phone and call a complete stranger out of the blue.

Little did she realise how far reaching the effects of her rash action would be.


** Some adult themes and strong language

By Paul T. (West Midlands, UK) - See all my reviews

Amazon Verified Purchase(What is this?)

This review is from: Three Way Street (Kindle Edition)

This is a great example of how to use characters to drive a plot. In fact, the characters pretty much are the plot - the story as about how they interact, and how that interaction shapes and changes them. Louise is bored, Peter is hiding from his grief, Henry is lonely. Pure chance makes a connection between them, a connection which forces change on them all. That change could bring hope or it could bring disaster, and for a while it could go either way: no spoilers, but while I was hoping for the best, I feared the worst!

The writer weaves the three lives together with great skill, smoothly introducing the characters history and personalities and letting each person have their own voice. The story is sometimes sad, sometimes amusing, sometimes very steamy, but always told with a smooth flow of words, authentic backgrounds and a nicely judged pace that makes it very readable throughout.