﻿IN THE GARDEN OF STONES 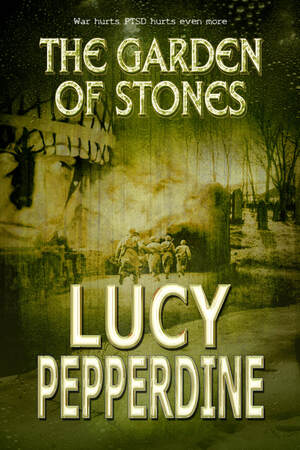 
Grace Dove, a failed suicide undergoing a new form of therapy; Colin McLeod, a disabled soldier with severe PTSD - two lost souls seeking an escape from the horrors of the real world. They both find it in the same place - the imaginary Garden of Stones.

Now Colin's life is in danger. Can Grace find him and draw him back into the real world before it's too late?

ALSO AVAILABLE FROM AUDIBLE
IN THE GARDEN OF STONES AUDIOBOOK

Reviews for In The Garden of Stones

Grace Dove is a borderline bipolar depressive who not only attempts to take her own life twice, but goes through the medical gallows into the dark halls of electrical-shock therapy - drugs - and psychiatric treatment. She could assign blame but instead decides to try Doctor Malcolm Petitt's unconventional treatment.

Sent into her spiritual self, Grace finds herself crossing logical borders into the profound realm of Colin McLeod's imaginary garden, finding him hiding there in a safe haven of his own making. She is drawn to him, spending more time in the spiritual ether with her soulmate than in the living world.

These two wounded hearts find solace in each other, their friendship blossoming into a physical real world connection when Grace goes to meet the war soldier suffering from catatonic post traumatic stress disorder. It's no longer a war on the battlefield, now the war is to draw Colin back into society and human interaction, before the doctors do something so drastic it may end up killing him.

Grief and pain destroy boundaries, helping Colin is healing Grace, and now she's desperate to help him heal too.

This is an intense Scottish journey into the mind of post war trauma, into a connection between two people which builds a bridge of love. The hardest action for the wounded is to surrender to hope, to dare to take the first step on the long path of recovery. Colin and Grace will immerse you into their lives, into their wounds, exposing their vulnerabilities and flaws, leaving you forever grateful for the experience.

This book is hard to define. A psychological thriller? A medical romance? A story about war and the effects of war? It's all of these, and with elements of fantasy as well. In truth, it doesn't fit well in any conventional slot. But I can say this for certain - it's brilliant! I have read several other books by this author, and they have never been less than very good, but this is definitely the best yet.

The two main characters, Grace and Colin, are both very damaged people. Both are trying to create an imaginary world: Grace as part of her therapy, Colin to escape from a reality that has become intolerable. Incredibly, inexplicably, Grace finds herself in Colin's world. In the Garden of Stones. The author doesn't give much attention to how this happened. That's not the point. The story is about how this meeting effects them both, how two hurting people can bring hope and healing to each other.

I'll say no more about the story - I certainly wouldn't want to introduce any spoilers! But the writing is excellent. Pace, structure, word flow - all perfectly crafted to pull the reader deep into the lives of the characters. And underlying it you can sense the authors understanding and compassion. She knows about suffering, she understands the courage of suffering people, and she shares it with us.

By turns, 'In the Garden of Stones' is moving, challenging, humorous, exciting, and more besides - but ultimately, it is inspiring. Or so I found it. I hope that many others will read it and find the same.